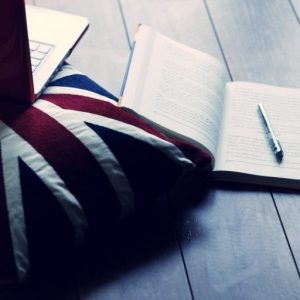 Kim was going through her wardrobe when her doorbell rang. Had they come already?
‘But I’m not even ready yet!’ she thought to herself.

With their hair all messed up, loose Tees and pajamas, Anne and Nancy walked into the house. Surprised, Kim asked, “What on earth are you guys planning to do?”

“Get dressed up in your house,” Anne said with a grin.

Friends already, Kim and Nancy had offered to help a less confident but more talented Anne with a college drama event two years ago. Nobody knew that would lead to many potato-chip filled, secret-sharing nights.

Tonight, however, was different. They were edgy, reckless and impatient. Latest tropical music was buzzing on the radio as Kim’s bathroom was ransacked for the perfect shade of lipstick. Nancy stepped back once to notice the chaos that engulfed them but was quickly snapped back as Anne snatched the mascara from her hand. Kim, realizing Anne now possessed the key to long, luscious lashes, quickly chased after her. Nancy chuckled as she watched her two best friends run out of the door.

She joined in the wrestling match on the bed, the prize no longer mascara but the pure relish and bliss of friendship. They were interrupted by the doorbell and bawled with anticipation.

They rolled off the bed, and ran off towards the mirror for a last check of their hair and makeup. Kim advanced towards the main door and looked at the other two hesitantly. After all,  they weren’t just opening her front door, but a whole new era. Once this door was opened, there would be dating, kissing, and heartbreak. The second bell reminded them that they couldn’t back out now. Kim opened the door to three sweaty boys, who were obviously just as nervous as them, and she invited them in.

Gathering in the living room, the three girls sat themselves next to the boys of their dreams. After sitting in silence for a minute, Kim offered snacks, and all three boys accepted. The boys thought of ways to strike a conversation while Nancy and Anne exchanged blushes and hushed whispers about ‘their boys.’

“Um yeah, just a minute,” Nancy said as she leaned over and reached her hand in a desk drawer. “Here you are,” she said, flashing a smile as she handed them over.

“Poker anyone?” one of the boys suggested. The girls shot glances at each other, knowing full well that none of them knew much about poker.

“Sure!” Kim said, with a beaming face in her crush’s direction. Nancy looked at the boy sitting next to her and smiled at him, almost out of obligation. Picking up her cards, she looked at them with a blank stare, not sure of what meaning they could make together.

“Hey,” the boy next to her said, “look what I’ve got.” Pulling a cigar out of his pocket, he put it between his fingers, and admired it like a precious gem. “I stole it from my brother’s room. He won’t notice, he has many joints.”

He took a puff from it and passed it to Nancy. She looked at the mysterious thing in her hand and tried not to vomit. The boy next to Anne took it from her and puffed another air of smoke. Eager to try it out, Anne also made an attempt at puffing, but coughed instead.

Exasperated, the bot next to Kim showed it to the girls once again. Kim snatched it from his hand, trying her best to look bold. But she too, ended up coughing. Now, it was Nancy’s turn. She gulped in hard as her countenance turned dull. The red and blue in front of her blurred. A hundred excuses and reasons ran through her mind. She laid her cards down on the table.

“I fold,” She said calmly and stood up to take her coat and purse. It was their turn to watch her walk out of the door.

3 thoughts on “Knowing When.”